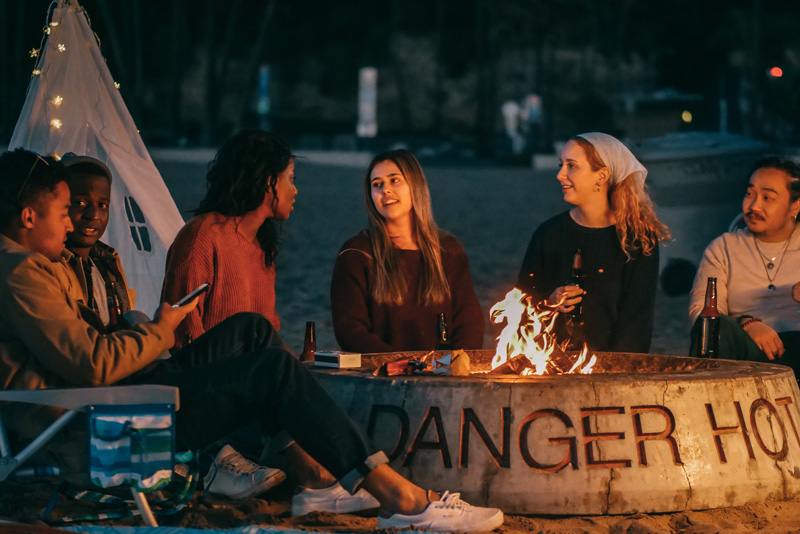 ‘Two Truths And A Lie’ game serves as a fun icebreaker for groups of all sizes and ages. Through the game, one can learn many secrets and understand the personality of other players. Therefore, it can also be played while forming new work teams and embarking on group projects.

It serves as a fun icebreaker and increases interpersonal interactions and understanding. The game can be played indoors or outdoors and does not need any prior preparation.

How Many Players Needed for 2 Truths and a Lie?

The ideal number of people for the game is six to ten.

How To Play Two Truths And A Lie (Instructions & Rules)?

This fun icebreaker game is simple to play. Players must give three statements about themselves. One of them must be a lie. Other players must try to guess which statement is a lie.

To start, sit in a circle with all the players. The game can be played anywhere – outdoors, indoors, around a table, on the floor, etc. If it is the first time that the group is getting together or there are new members joining the group, make sure to have an introduction session. This way, all members feel more comfortable giving information about themselves.

After the introductory session of the players, introduce the game. Make sure that all players are familiar with the rules. To make understanding easier, try and give examples of easy statements like – I have a husband; I have won a beauty pageant; I have never traveled abroad.

After giving the statements, explain that the others must guess the lie. Once they try to guess, announce which is the lie. If the group has to intimately work together after the game, exchanging stories about the true statements will serve to build connection and trust among the players.

After everyone has introduced themselves and understood the game, start the game. Turn by turn, all players in the circle give their statements and others guess which is a lie.

Variations Of The Game

If all players are already familiar with the game, variations can be made to spice it up.

Two Truths And A Wish

In this variation, players must give three statements. Out of the three, two must be true. The other statement must be a lie that the player wishes were true. For example, a person that has never done water sports but wants to have such adventures would say, ‘I went parasailing in Nepal‘.

This version of the game is best played among people who are familiar with each other. It allows for people to understand each other more and form deeper connections.

Icebreaking Two Truths And A Lie

This variation of the game is best suited for mixers and social parties where everyone may not know each other. Pencils, papers, notepads, and pins will be required for this variation to take place.

Parties and other social gatherings become more fun with the help of this icebreaker game.

As children, building vocabulary and understanding the multiple meanings of words are important to build a sound understanding of language. This variation of the game helps using the same vocabulary in different ways thereby, serving as a building block to language learning.

The game not only serves educational purposes but is also entertaining and helps children build social skills and connections.

This game can also be used as an icebreaker for a class that has been formed newly. Students can be split into groups of 4-5 people. Since the class is new, students will not be familiar with each other. Therefore, randomly assigning groups will be an easier way of splitting the groups.

Once they are in groups, ask the students to play the game of two truths and one lie among themselves. Give them 15-20 minutes to exchange their statements and stories. This will serve as the first round.

The second round can be held in two ways. First, the group can choose one member whose stories they find to be interesting to share with the whole class. The other option is to get members of the group to share each other’s statements and stories with the class. The second option will take more time. Therefore, choose the second round according to the time you have in class.

This variation will bring the students in class closer together and help hone social and communication skills.

Two Truths And A Lie on Tinder app

Two Truths And A Lie Tips

The game is more exciting if the others find it harder to guess which statements are true and which is the lie. Here are some tips to make your statements confusing to other players.

Two Truths And A Lie Examples

Following will be an exhaustive list of 2 truths and a lie examples of statements you can use during a game. Reframe the sentences to suit you. The examples are sorted into categories for the convenience of browsing.

Truths & Lies About You And Family Life

Two truths and a lie is a great way to break the ice among a group of strangers. It serves as a fun party game for kids and teens as well. The many variations allow it to be appropriate for a wide range of groups and settings. Use the game as a chance to get to know others better. Play it on vacation, at a party, on a date, and have the time of your life!