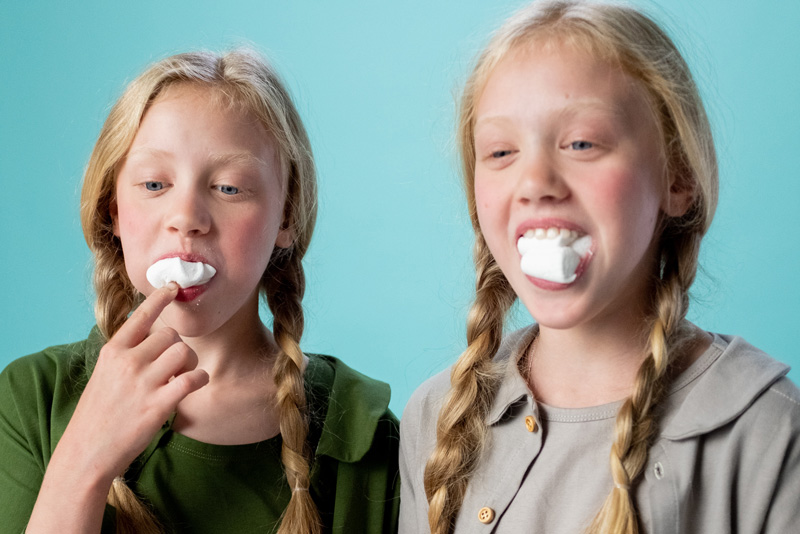 The game has been around for quite some time. References to the game have been found in comic strips from 1959. A Peanuts comic strip showed Snoopy the dog playing Chubby Bunny. This comic is dated February 28, 1959.

The game is simple and easy to understand. The following are the rules of the game:

The primary goal of all players is to fit as many marshmallows as they can. They must also be able to say ‘Chubby Bunny‘ clearly and audibly. Intelligent placement of the marshmallows in your mouth can help you win the marshmallow in mouth challenge!

There are some rules that must be followed for safely playing the challenge.

Rules can be added to prevent any kind of argument that may arise during the game. For example, marshmallows begin to liquefy with saliva. Rules regarding intentionally using saliva to liquefy marshmallows can be made.

More Games for Kids: 29 Fun Games to Play at Home

This popular game can be modified to suit specific situations.

The ability to hold marshmallows in one’s mouth differs from person to person. Different mouth sizes and verbal communication skills can affect a player’s performance in the challenge.

More Games for Kids: 31 Fun Challenges to Light Up Your Party

The Chubby Bunny challenge is a fun way to add life to a camping trip or a party. Read the rules and keep in mind the warnings of suffocation. If children are playing the game, ensure that they are closely supervised. This entertaining game is sure to add color to your party!