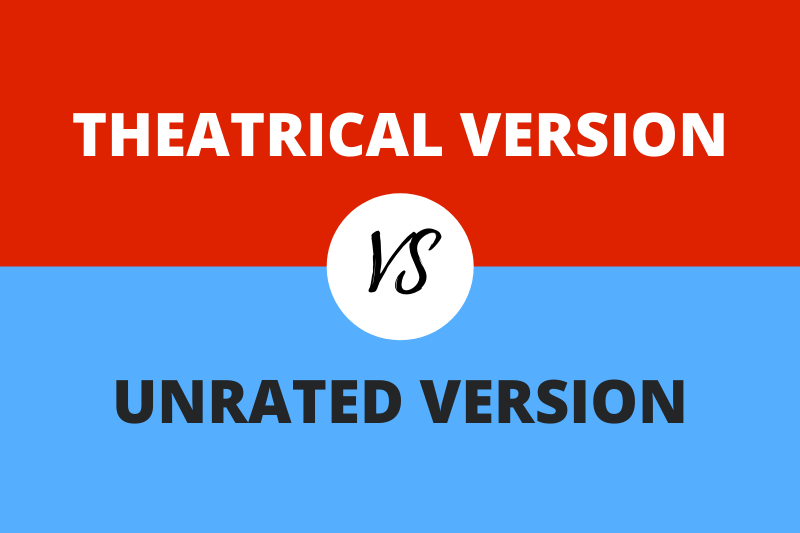 In this article, we will discuss the Theatrical vs unrated version.

The film industry releases multiple movies every month. Before releasing, the content of the film is deeply analyzed. The movies are rated keeping in mind the sensitive audience and the children. Movie ratings are necessary to meet the different needs of the viewers.

These ratings can also be seen during the advertisement of the movie. Upon submission, the films are rated by the Motion Picture Association of America (MPAA). However, filmmakers can still promote their films without any ratings.

The theatrical version of a film is known as the final version that is made by the filmmakers and submitted for release. Once it is released, the audience can view it in the theatres. This version of the movie has a clear view of the saints that the director felt was right for the film and its audiences.

On the other hand, an unrated version of a film includes all the deleted scenes that the filmmakers, for multiple reasons, did not want to include in the release. The scenes are usually removed to maintain the film rating or the scenes were not interesting enough.

The movies which are viewed in the theatre are screened by officials of the Motion Picture Association of America so that a rating can be provided. This is done keeping in mind the type of audience that comes to watch a movie in a theatre. The theatrical version of a film is the final version that is submitted and released to be viewed in the theatres. The ratings given by the MPAA determine the age group that is suitable to view the movie. The movies are rated so that people can feel safe while watching the movie along with their children.

The categories in which a movie is rated are

The unrated version of a film includes all the cut or deleted scenes without any limitations. Scenes from movies are deleted for multiple reasons. Let us take a look at some of the reasons:

Unrated versions are submitted to the MPAA to get a suitable rating. Censorship is not found in the unrated version so all types of audiences can view the film.

The unrated version of films are released keeping in mind the audiences are adults.

the reason behind censoring the theatrical version is to provide a safe environment for sensitive audiences. The unrated versions are released without any censorship.

The theatrical version is censored keeping in mind the safety of the sensitive audience. Whereas the unrated versions of the film are released without any uncut scenes for the mature audiences.

Both the theatrical and unrated versions of a film should be available so that the audience gets the option to choose. The ratings are necessary to allow all kinds of audiences under a suitable age group to view the content.