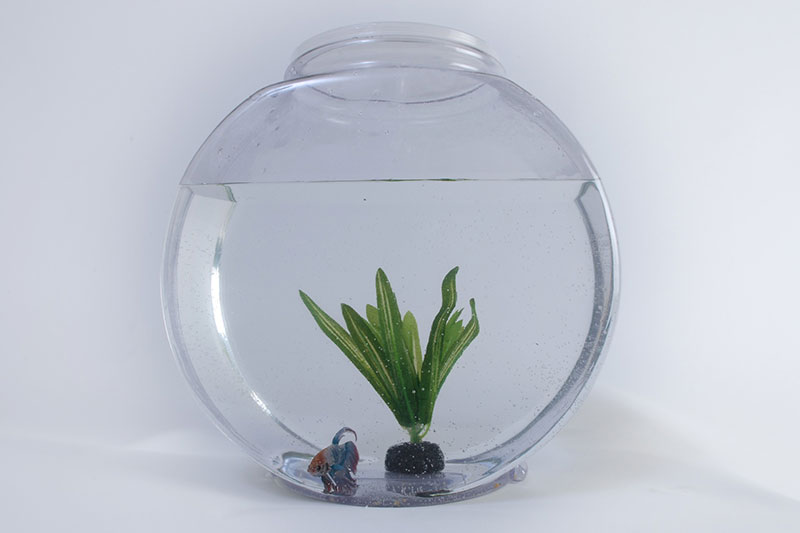 Fishbowl game is an interesting game that can be played by all age groups. It would be better enjoyed if a larger group of people – around fifteen to twenty, participated in the game. It is an easy game to learn. The game is a mixture of Taboo, Password, and Charades.

At the beginning of the game, different words and phrases are written on chits and put into a fishbowl. Hence, the name fishbowl games. Each participant has to pick up a chit and convey the phrase to the other participants in a manner decided by the round.

Each round focuses on a different game – Taboo, Password, and Charades. Each participant has one minute to help the others guess what is written in the chit.

Materials Necessary For The Fishbowl Game

The rules of the game are simple. Kids, teens, and adults can all enjoy this game. Players must form two groups of equal members.

In case there is an extra member, they can keep time and score for around. Making sure that everyone follows the rules, they can also be the referee for that particular round.

Before every round, each member is given 4-5 slips on which they can write phrases and words. Players must ensure that the items they are writing on the chits are well suited for the rounds being played. It must describe a name, place, or thing.

This rule is in place as abstract concepts and ideas are too difficult to recreate. Players can write words like ‘popcorn’, ‘car’, ‘New York’, etc. Words like ‘modernity’, or ‘illusion’ are better avoided. Once all players have written the words. The referee folds the papers into chits and puts them in the fishbowl.

The duration of the round depends on the number of chits that have been made. Each round lasts until all the chits are given a try. At the beginning of the round, a player from team A comes and picks up a chit.

They must convey the phrase in the method that the round demands. Once the chit is guessed, they must move on to another one. The player must go through as many chits as they can in one minute.

A player from the other team comes up and starts their round that lasts for a minute. In this way, players come up alternatively from the teams and participate for one minute.

The round lasts until there are no chits left. The winner of the round is the team that managed to guess the most amount of chits while keeping in mind the rules of the round.

The team that wins the most amount of rounds wins the game. The referee must be alert and ensure that the time limit and rules are adhered to.

They will also be responsible for keeping the points and explaining the rules to all the players.

Each round of the game will require players to convey the item on their chit in a different manner. The referee must brief all players about the rules of the round before it starts. This is to ensure that all players are on the same page and it is a fair round.

Taboo is played in the first round. When chits are made for this round, players must write 2-3 words along with the one that must be guessed. The additional words are those that cannot be used while the chit is picked up.

The member from the first team picks up a chit and tries to get their teammates to guess the word. The player must say words and phrases that relate to the word that will help the others guess the word.

They are not allowed to mention any word written on the chit. Motions, gestures, and pointing to objects are also not allowed in this round.

When the team members guess the word, the chit is kept aside. The player picks up the next chit and tries to make the team guess by using related words and phrases. If the team is unable to guess, they can pass the chit.

The player can keep picking up chits for one minute. After time runs out, a player from the other team comes and plays the game. If there is no referee, a member from the first team serves as the timekeeper and the referee.

Members from both teams come up alternatively and try to get as many chits as they can in one minute. The round ends when there are no more chits in the fishbowl. The winner of the round is the team who was able to get the most amount of guesses.

This round is based on the popular game – Charades. Before the round starts, members write down chits. In this round, members can include longer phrases in their chits. All the chits are put into the fishbowl and the round begins.

In this round, the second team goes first. A member from the other team serves as the referee if there is no one appointed. The player picks up the chit. They must try to convey the phrase by using body movements and gestures.

Speaking and making sounds are strictly not allowed. Pointing to objects and other people is also not permissible. When the player guesses what’s on the chit correctly, the next is picked up. This goes on for a minute.

After one minute, a player from the other team comes up to play the game. The opposite team must send a member to keep time in case of no referee. One minute is given to this team as well.

The round goes on till there are no chits left in the fishbowl. The team that has guessed the most number of chits wins the round.

This round is inspired by the game Password. Players are asked to make chits with words rather than phrases.

The rules of this round are that players must use one word to describe the items on the chits. They cannot use phrases to explain the item to their teammates.

Each team gets one minute alternatively. This goes on till there are no chits left in the fishbowl. The team with the greater number of guesses wins the round.

Traditionally, the fishbowl game ends after three rounds. Points are tallied, the team that has won the most number of rounds wins the game. If players want an extended game, the following rounds are interesting tasks that can be included in the game.

Similar to the previous rounds, the players must submit chits to fill the fishbowl. Easier words are preferred for this round as it is a harder round. The rules of this round are to express only with the help of sounds. Whole words cannot be spoken. There must be only sound effects that do not translate to a word.

Both teams get their chance one after the other. They are allowed to pick up chits for one minute each. The round ends when there are no chits left in the fishbowl. The winner is the team with the most correct guesses.

In this round, the chits submitted must be something that has a distinct shape or action. The round requires players to be hidden under a blanket. They can only use movements under the blanket to help their teammates guess the word. Sounds and words cannot be used.

The duration and pattern are the same as the other rounds. Like in the previous rounds, the team with the most guesses wins the round.

This round is a combination of round 4 and round 5. Chits submitted by the players can be a little harder than the previous two rounds. Players who come up to enact the chit will be under the blanket. They can use sounds and gestures to enact the word. Saying cohesive words is not allowed.

The pattern remains the same as the other rounds. The team with the most guesses wins the round.

In case of a tie between the teams after all the rounds, a quickfire round can be played as a tiebreaker. Each player submits only one chit into the fishbowl. The teams get only 15 seconds to convey the items on the chits.

Both teams must mutually decide which round they would like to repeat. The duration and pattern of the round remain the same as the rest. The winner of this round will be the winner of the whole game.

Fishbowl is a fun game that can be played among all age groups or any group dynamic. The game helps promote team building and problem-solving.

It is perfect for a slumber party or a camping night. Since it is a longer game, it helps pass time easily making it perfect for a party game.

This game needs minimal equipment or material and can engage even large groups at the same time. Different rounds with different challenges keep the game interesting and fresh.

The fishbowl game ideas are almost endless and depend only on our imagination! So next you’re feeling bored or want to entertain your friends and families try the fishbowl game once.