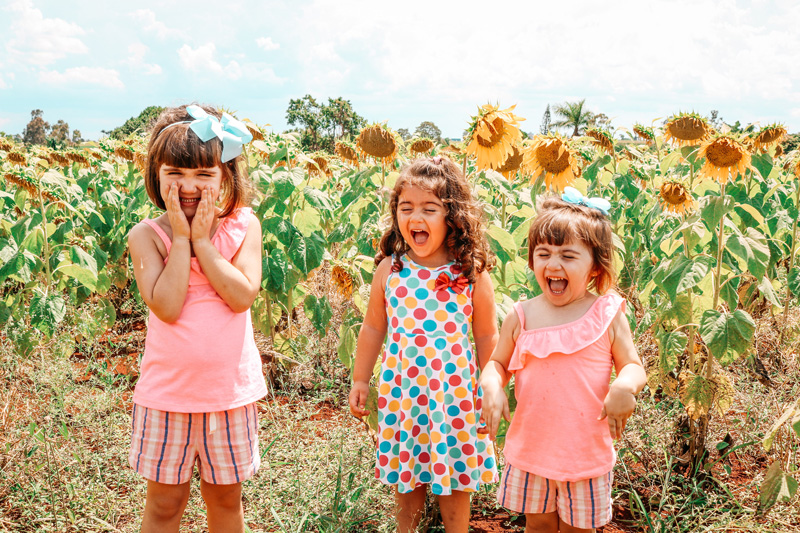 Mother May I is a fun, social game that has been played by children for a long time now. Though traditionally designed for kids, making a few variations makes the game enjoyable for teens and adults as well. It’s a perfect game to spend quality time with your kids. Kids of all ages can play this game as there is no physical contact.

‘Mother May I’ game Instructions

1) Choose one player to be ‘Mother’. If players are playing for the first time, make an adult or an elder player the ‘Mother‘.

2) Mother stands near the wall of the room. They must face the wall and close their eyes throughout the game.

3) All the other players are lined up on the opposite side of the room.

4) The aim of the players is to reach Mother as soon as they can. Mother’s aim is to ensure that all players reach her as equally as possible.

5) To take steps forward, players must pose a question – ‘Mother, may I _?‘ The question can be hop-forward 2 twice, take a giant leap, etc. They must aim to cover as much distance as they can to go towards Mother.

6) When asked the question, Mother can respond in two ways.

If they agree to allow the player to proceed, they must say – ‘Yes, you may.’

If Mother does not want to allow the player to move, they must say – ‘No, you may not. You may _.‘ They provide an alternative by decreasing the number of steps, method of moving forward or asking the player to move back.

8) Mother must decide how to respond by evaluating how close they are by the distance of their voice and allow or obstruct them from moving forward.

9) The child who reaches Mother first wins the game. The winner is Mother for the next round of the game.

More Games for Kids: Fun Games to Play at Home

‘Mother May I’ Rules

1) If the player requests to move for a certain amount of time, the mother must count the time.

2) All the players should keep quiet so that Mother doesn’t recognize exactly where they are standing will help the players reach Mother quicker.

3) Players must ask to perform tasks that they are genuinely capable of doing.

4) Players must be mindful of others. They cannot injure others as they are performing their task.

5) The mother should keep changing her answers.

‘Mother May I?’ Requests

More Games for Kids: Youth Ministry Games For All

‘No, You May Not. But You may,’ Requests

Variations of ‘Mother May I’

To make the game more appropriate for kids of older age groups, play this version of Mother, May I. All players pose as crewmates. The role of Mother is substituted by the role of Captain. The crewmates ask, ‘Captain, may I __?‘ The requests made can be harder and include tasks like cartwheels and flips.

A shorter version of the game can also be played. In this version, Mother allows permission for all requests. However, the players must ask the question in the right format – ‘Mother, may I __?‘ If the question is asked in any other way, Mother denies permission.

In this version of the game, all the power is vested in the mother. The players cannot ask the questions. The mother gives instructions for the players to move. For example, Mother will say ‘Emma, you may take 7 frog steps forward.‘

The player must execute the task. They must try to do their best to cover the most distance that they can. This version is challenging for Mother as they will not be able to gauge how far away all the players are.

This version is the same as Mother, may I? The only variation is that players say – Father. The player playing the father is a male.

If a large number of people are playing the game, this version allows for segregation into teams. The team that has all its players reach Mother first wins.

Each player asks Mother questions individually. They must try to ensure that all the team members are on a similar path towards Mother, so they can reach as a team without leaving a teammate behind.

Mrs. Fox or Mr. Wolf replies the time. The players walk forward that number of steps. For example, if it is 9 o’clock, players take 9 steps forward.

If Mrs. Fox answers – Midnight! or Dinner!, the fox tries to tag any player by chasing the players back to the starting line. The player who gets tagged becomes the next wolf or fox.

This version is better suited for younger kids.

‘Mother, May I’ Tips

‘Mother, may I’ is an enjoyable game to play with mixed age groups and any size of groups. Include the game in your next outdoor party for a fun time!

The game also keeps children occupied, especially when they are stuck at home. Further, it helps improve social and communication skills.

Take the game to your backyard and keep the children active and happy.