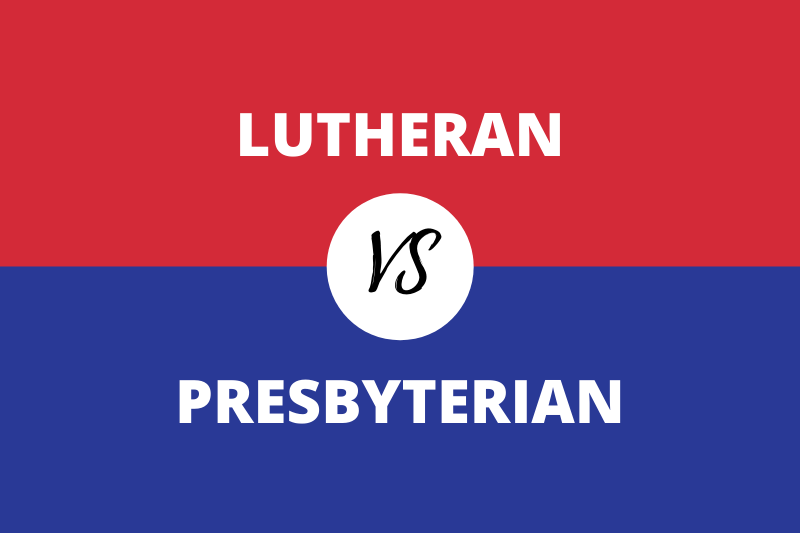 Christianity is one of the oldest and most widespread religions in the world. Throughout its history which spans several centuries, Christianity went from being a unified religion to having sections within the religion.

The three main sections of Christianity today are Roman Catholicism, Eastern Orthodox, and Protestantism. Protestantism as a religious movement had its beginning in 16th century Europe against the strict doctrines of the Roman era. Lutheranism and Presbyterian faith are two denominations within Protestantism.

Lutheranism is one of the largest denominations of Protestantism, after Anglicanism and Pentecostals. It was founded by Martin Luther, a German monk, in the sixteenth century. He wanted to reform the theology and practices of the Christian Church and he start a reformation movement of the Christian religion, called the Protestant reformation.

The Holy Bible is the one and all of the Lutherans. It is the only divinely inspired book of divine guidance and knowledge and teaching. Scriptures are the basis of their faith. Lutherans are of the belief that Jesus’s sacrifice on the cross resulted in the forgiveness of all the sins of humanity, all those who put faith in him and those too who didn’t.

They further believe God has already decided which of the human souls will spend eternity in heaven and who all will be dammed for eternity. However, God did not damn any soul, if any soul is damned it is because of its own sins. God’s love is unconditional to everybody but our own actions have consequences. These are the basis on which the Lutheran faith is based.

It is estimated there are more than 80 million Lutheran members around the world.

Presbyterian religious philosophy commonly underscores the power of God, the power of the Scriptures, and the need for grace through faith in Christ. The Presbyterian movement, like the Lutheran faith, had its beginning in the Reformation movement of the 16th Century.

This faith in particular roots back to John Calvin and his reformed theology who had a connection and the church of Scotland. The term “presbyterian” comes from the Greek word “presbyteros” which means “having elders ruling”. The church priests ordained for service are often referred to as elders in the Presbyterian Church.

Presbyterians believe that the ultimate sacrifice of Jesus earned forgiveness for their sins to only a select few, which is contrary to Lutheran belief. They also hold contrary beliefs when it comes to predestination. They believe the lord has already decided our faith. Some of us will spend eternity with him while others are in damnation.

They call it “double predestination”, which says the Lord has designated as a justified place in heaven or damnation regardless of our faith or belief. We, as humans, don’t get the chance to redeem our destiny.

There are almost 75 million Presbyterians in the world.

Difference Between Lutheran and Presbyterian

The Lutheran faith is founded on the teachings of Martin Luther, a 16th-century German Monk. Presbyterian religious belief is based on Calvinism propounded by John Calvin.

3) Origin of the term

Another difference between Presbyterian and Lutheran is that the term “Lutheran” is influenced by and in honor of the faith’s founder Martin Luther. The term Presbyterian has its origin in the Greek terminology “presbyteros” which means “having elders ruling”.

Lutherans don’t prohibit drinking alcohol. They though consider drunkenness as a sin. Moderation is advocated. Presbyterians don’t believe that drinking alcohol is a sin as it is not mentioned as such in the Bible. Drunkenness is strictly prohibited. In the USA, Presbyterians have accepted moderate drinking but have historically opposed the consumption, sale, and manufacture of alcohol.

Despite all these differences in beliefs, both Lutherans and Presbyterians believe in the Trinity – the Father, the Son, and the Holy Spirit. Both their beliefs also say that Jesus was both a human and God born of a Virgin who died to atone for our sins and was resurrected on the third day. Both denominations believe in two ordinances that they practice; baptism and Lord’s supper or Holy communion.