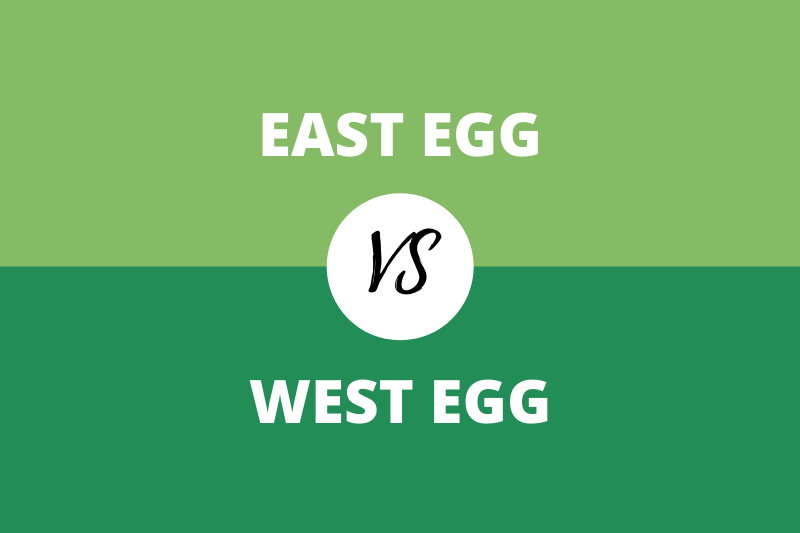 East Egg Vs West Egg may baffle some people. Before we understand the difference between East Egg and West Egg, let’s understand the background of these terms.

The Great Gatsby is a literary classic written by F. Scott Fitzgerald. It was published as a novel in 1925. Over the years, it formed an important part of the high school and university curriculum in American literature. Its growing importance has led to its adaptation in films, theatre, and radio.

In 1975, the film received the BAFTA Film Award for the best cinematography and best costume design. The film was remade in 2013 which again received multiple astounding awards: best achievement in production design and costume design.

The film revolves around a love story and American life during the 1920s. It was a time when several people acquired a lot of wealth through bootlegging. There was an increased desire of being accepted as a  part of the American aristocratic society. Based on the wealth of the people, a geographical distinction had been made. The people with all the acquired wealth or old money lived in the East Egg, whereas the self-made people who work to become rich lived in the West Egg.

The term East Egg is found in the novel ‘The Great Gatsby’. It is used to refer to the place where the wealthy people lived. The people from the East Egg did not acquire wealth by working every day, rather the privileges that they had were passed down through every generation.

Unlike the people of the West Egg, the East Egg was full of rich men and women who didn’t have to work to earn a single dollar. They aren’t aware of what it feels like after a day of hard work. They are unappreciative of the effort it takes to earn some money. They carelessly spend their wealth on unnecessary purchases and do not respect the principles of hard work and patience. Their personality seems to be snobbish, with zero empathy towards others. They fail to show the minimum amount of respect and sympathy towards the other classes.

Multiple generations of spoiled families have come to live in the East Egg. The materialistic and Ignorant nature of the people makes them greedy for more power.

The people who were dedicated to their hard work and perseverance resided in the West Egg. They understood and respected the value of money and people. Through dedication and effort, the people of the West Egg acquired all their wealth. None of them had inherited any kind of wealth from the previous generations.

There were few families among the West Egg society who gained their wealth through illegal means. Yet, they received the same amount of respect and empathy from the others in society. Based on their personality, the people of the West Egg region seemed to be the hard-working generation of people who paid attention to social values. They were compassionate and kind towards each other. They appreciated the money they have earned through their efforts.

The people of West Egg didn’t seem to like old traditions. Rather than sticking to old traditional practices, they wanted to bring a change to everything.

Now, let’s understand the difference between east and west egg.

The people of East Egg had acquired their wealth or ‘Old Money’ from the previous generations. The individuals of the West Egg had become rich and stable through their consistent hard work.

Both sides had a different set of personality traits. The West Egg represented individuals with a bitter character, they spent money recklessly and didn’t understand the value of work and reward. They are too ignorant and privileged to understand the value of money. The East Egg individuals are kind and passionate about their work. They have found out one way or another to make a living without any inheritance.

The West Egg symbolized the rich monarchs of the modern day. They are completely spoiled with little to no good behavior. The East Egg individuals valued the work they did. The time and effort they put in led to the wealthy reward.

A difference in class and heritage is represented in the East Egg and the West Egg. Both had a different set of social values which they looked up to. One valued the system of work and reward while the other side only believed in being rich and accepted.

Do you know? Difference Between Articles of Confederation and Constitution

The East Egg and the West Egg are considered to be fictional places depicting the differences in class and society. Some sources state that these places are based on real settlements known as East and West Hampton. These are wealthy areas of residence found on Long Island. The differences showcased in the novel and film provide us with a bigger picture that we see even today. While some people are unappreciative, others seem to understand the importance of hard work and money.