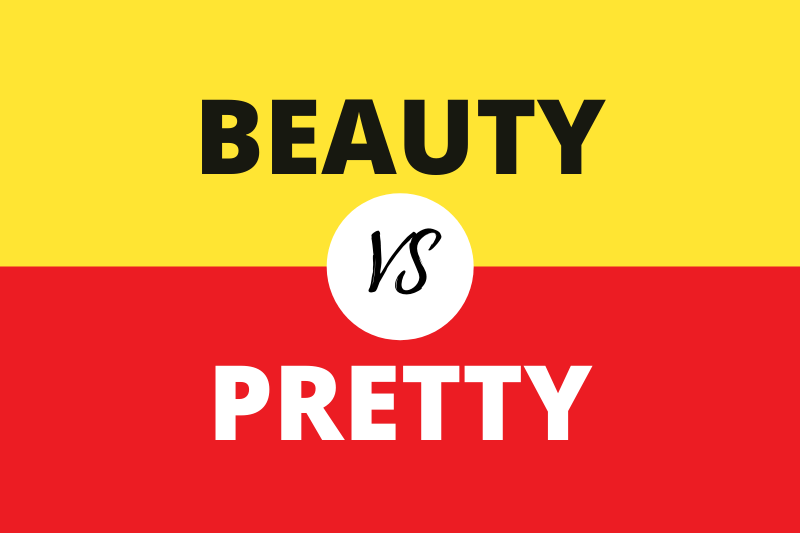 The two words pretty and beautiful are often used interchangeably to refer to pleasant-looking objects. But are there any differences between the two?

The word pretty has different definitions depending on the subject matter. When a human being is referred to as looking pretty, an adjective is being used. It acts as a compliment that focuses only on their looks and not on what is inside. The word pretty is used to describe good-looking, appealing, lovely, or nice-looking individuals. But there are other usages of this term as well. It is also used to describe the quality or the feeling of being pleased. While commenting on the physical attributes of a moment, the word pretty is often used by many people.

The word pretty is chosen over other words like hot or good looking. It is complementary but not as much as the word beautiful. The appearance of an individual or of an object is described with the help of this word. It is also used while referring to the size of an object or person. Example: ‘This box is pretty big’.

The word ‘pretty’ suggests that the individual or an object is very pleasant to look at, but is not necessarily impressive. The term pretty has a feminine connotation to it. It is a mixture of beautiful, cute, charming with feminine qualities. Sometimes it is said to be a limitation when it comes to beauty.

The word beautiful has more to it than pretty. According to the English dictionary, beauty is not only related to something that is attractive to the eyes of an individual but also the mind and sense of a being. An example would be saying that a story was beautiful. This means that the story was emotionally moving and pleased the listeners.

Beautiful people show the power of the combination formed by the brain and heart. They are said to win everyone’s heart and have a very natural nature. Wherever you go, beautiful moments will surround you and make you feel better. When you compliment an individual saying they are beautiful, you are appreciating their confidence.

Beautiful people can easily form good relationships without worrying about authenticity. When a person or an object is said to be beautiful, the relation is made on the basis of certain emotions and feelings. The term is used to describe things that are nearly perfect.

Beautiful is a very subjective term and can also be used to describe things that cannot be seen. For example a beautiful sunrise.

Do you know? Difference Send and Sent

Difference Between Pretty and Beautiful

being just pretty is considered to be a negative feature. They cannot form authentic relationships with others based on just looks. On the other hand, beautiful people always form healthy connections with others using their kindness and affection.

the adjective pretty is considered to be a weaker term as compared to a stronger adjective like beautiful.

Do you know? Thick Vs Fat

These terms differ from each other in multiple ways. By being pretty you can probably attract a lot of people but most of them will not stay. By being beautiful and kind one can form healthy and authentic relationships with other individuals.