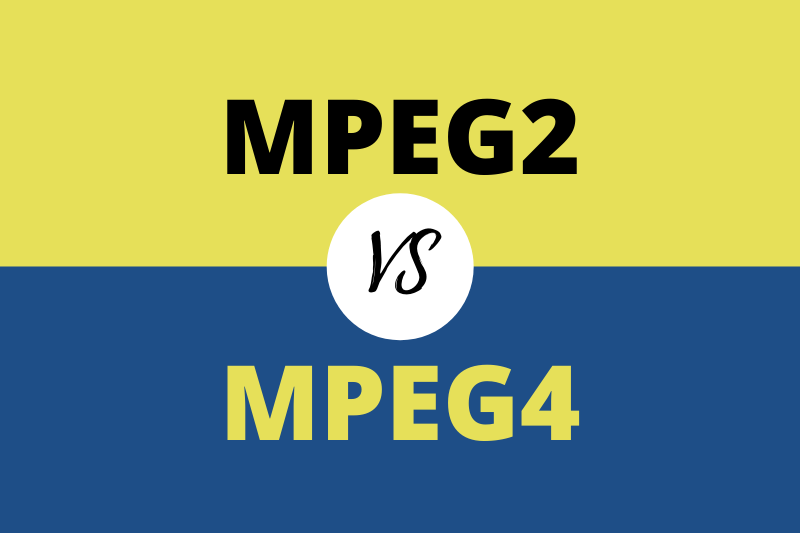 For non-techies like me, it’s difficult to get a sense of all the different video and music formats. Here is a brief and simple to understand article on MPEG2 vs MPEG4.

MPEG is an abbreviated form of Moving Pictures Expert Group. As the name suggests, it is an expert group that is associated with the standard procedure of standard regulation of video encoding. This group was first created by ISO (International Organization for Standardization) and ISE (International Electrotechnical Commission) to have a body to govern and set standards for audio and video transmission and compression.

The group or committee was formed under the leadership of Hiroshi Yasuda (Nippon Telegraph and Telephone Corporation)and Leonardo Chiariglione (Centro Studi e Laboratori Telecomunicazioni). The latter has been its chairperson from its inception till June 6, 2020. The association held its first meeting in 1988 in Ottawa, Canada.

Today present the group consists of 300 to 350 members from varying industries, organizations, and reputed research. MPEG is organized under ISO/IEC JTC 1/SC 29. JPEG is also organized under the same organization. This MPEG format has been fully developed over many years and now has various types like – MPEG2 MPEG4 MPEG7 MPEG 1, MPEG 21.

MPEG 2 and MPEG 4 were developed at different times. The main difference between the two is that MPEG 2 was made for encoding videos and made with the contemporary technology of DVD in mind, whereas, MPEG 4 is a format that is suitable for portable devices and supports online streaming well.

MPEG2 was developed in 1995 for the purpose of encoding videos in the newly emerged DVD technology. This format works by using the block-based eight-by-eight DCT technique for the compression of video coding in its algorithm. MPEG2 involves a straightforward algorithm for the compression of records while still providing high-quality pictures.

For the compression of recordings, MPEG2 disposes of the data in segments so the picture outline doesn’t change. Then it just saves the piece where any new data is incorporated.

Due to all this, MPEG2 is able to produce better picture quality than MPEG 4. This is why it also requires a broader bandwidth than the other. It has a bit rate of 5-8 Mbits per sec. Its usual bandwidth is 40 MB/sec. The MPEG2 uses H.262 encoding.

However, it is unable to compress files into smaller sizes and therefore is not suitable for modern internet technology. MOEG2 along with MPEG1 is identified by the file names. : .mpg, .mpeg, .m2v, .mp2, mp3 . These are the most commonly used ones.

MPEG4 was developed to be a compatible format for video streaming which was becoming popular in those days. It is also very compatible with portable devices. It is possible to compress the file in a way that reduces the file size as well, which is required for a smooth transmission through the internet.

Difference Between MPEG2 and MPEG4

MPEG4 was developed way later in 1999 when the need was raised to have a format that was compatible with the fast emerging internet and online video streaming.

One of the main advantages of MPEG2 is its higher picture quality. The file size is larger due to the higher quality, of course, but MPEG2 is the format to go to for higher quality video.

MPEG4 was made for online video streaming purposes so it is imperative that its file size is shorter and therefore its picture quality is not as good as MPEG 2.

MPEG2 provides higher picture quality and therefore it has a larger file size.

MPEG4 has a smaller file size to be compatible with internet video streaming.

The bandwidth of MPEG2 is 40 Mbps to support its higher picture quality.

Due to their different algorithm and functions, they have different encoding capacities. MPEG2 uses H.262 encoding. MPEG4, on the other hand, uses H.264 encoding.

MPEG2 was developed with DVD technology in mind so it is not compatible with internet technology.

MPEG4 was made with internet and online video streaming in mind and is compatible with the same.