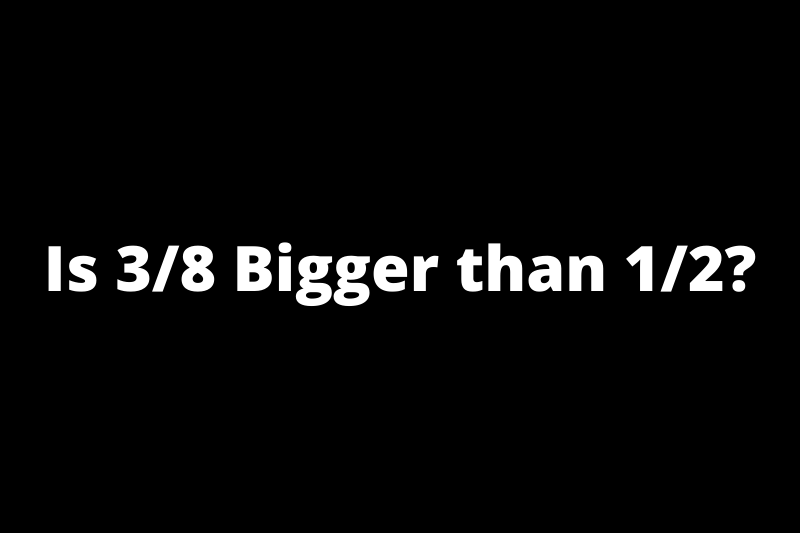 Many times we have to compare which is greater among 2 or more fractions. One such common question is 3/8 Bigger than 1/2?

When two values are present in the form of a fraction then you have to learn to compare the values and determine which fractional value is small and which fraction is greater in quantity.

Here are two fractions, 1/2 and 3/8 and we will teach you how to understand which one is the greater fraction.

2) When two denominators are the same then you can compare the values of the numerator as single whole numbers and say which fraction is great. In this case, the greater the numerator greater is the fraction.

3)However, the problem arises when the denominators and different, and some basic calculating steps need to be followed to find the value of the sum.

Here we can see that the denominators are different and thus you have to initiate the following calculation to yield the results.

This is done by checking how many times the two denominators will go in number 8. In the first case, number 2 goes 4 times to result in 8, and in the case of the second denominator 8, eight only goes one time in 8.

Step 2: Now both the numerators are multiplied accordingly to 4 and 1 respectively to yield the two final fractions which have the same denominator.

Now since both denominators are the same you can simply compare the two numerators as whole numbers and find out which fraction is greater.

Now here you know both the methods of comparing two fractions which can be either done by equating the denominators or by changing the fractions to decimal values.