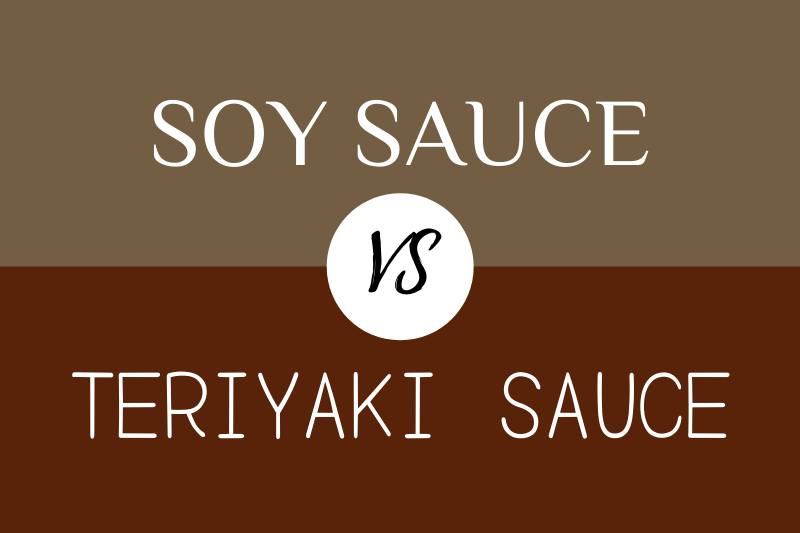 Who doesn’t love Chinese food! We slather our sushi rolls with soy sauce or teriyaki sauce but have we wondered about their ingredients and origin? Most of us don’t know what’s the difference between soy sauce and teriyaki sauce. So let’s know more about our favorite sauces.

Asian populations are known to live long and healthy lives, usually without too much help from western medicine much to the bafflement of western civilization. They attribute this phenomenon to their food habits and the kind of food they eat.

Asian food includes mostly fresh ingredients alongside some special herbs and those might as well be the secret to their long, happy lives. Alongside genes of course.

However, it was not only their long lives that attracted the world to their cuisine. The world was attracted by the lip-smacking deliciousness of their food, and the now world-famous umami flavor.

Even though we are putting Asian cuisine under one bracket, each country has its own unique dishes and appeal. However, this can be said that different south-east Asian countries use a lot of the same ingredients but to different effects for sure.

One ingredient that has become synonymous with Asian cooking is Soy Sauce. This versatile Chinese Condiment is used as a base flavor or as the main flavor in a variety of Asian dishes.

Soy sauce, also known as the soya sauce in Queen’s English, is made mainly of fermented soy paste and brine along with roasted grain and molds.

Soy sauce originated in China, during the Han dynasty about 2000 years ago. In simple terms, soy sauce is made by boiling and fermenting soybeans, which are then covered with salt for at least a few weeks. This results in the thin reddish-brown liquid present in almost any Asian household. Umami and salty make the primary flavor profile of soy sauce.

There are mainly two varieties of soy sauce, light and dark indicating the consistency of the sauce. Light soy sauce is thinner in consistency and saltier. The dark version is thicker obviously and sweeter due to the addition of molasses.

Soy sauce is used in rice dishes, noodles, marinating meat, dressing in salads, and as a dipping sauce. It is the first choice of condiment for any sushi roll.

Teriyaki Sauce is more complex than soy sauce as it contains a lot more ingredients. Teriyaki sauce uses soy sauce as its base and then a number of other ingredients like brown sugar, garlic, ginger are added to enhance the flavor. If one wants, they can add green onions and sesame oil for more complexity of flavor.

There is no fixed recipe for Teriyaki sauce, the ingredients, the proportions all vary from household to household, from chef to chef.

Teriyaki is a very popular sauce for stir-fry but like soy sauce, it is also used for marinating, glazing, and as a dipping sauce. This sauce was used for the first time in Japan in the 17th century. It is orangey or coppery in color as opposed to the reddish-brown of soy sauce.

Do you know? Difference between Left Twix and Right Twix (With Table)

Soy sauce was first made in China during the Han dynasty about 2000 to 2200 years ago. The Buddhist monks along with Buddhist Scriptures a lot of native Chinese goods to Japan. One of them was soy sauce. The Japanese used this soy sauce as a base to create Teriyaki sauce in the 17th century.

Soy Sauce is mainly made of fermented soy paste and brine. The other ingredients are roasted grain and mold. Teriyaki sauce uses soy sauce as its base along with brown sugar, ginger, garlic, etc.

Soy sauce has a dark brown or reddish-brown color. Teriyaki sauce has a copper or orange tinge.

Teriyaki sauce is costlier than soy sauce due to the variety of ingredients. While Soy sauce usually has to be bought from the store, Teriyaki sauce can be made at the comfort of one’s home.

There is no definite recipe for Teriyaki, so in addition to the common ingredients, a variety of other native ingredients can be experimented with for variation in flavor.

As both these ingredients can be stored at room temperature they are available on countertops of all restaurants and widely used as a dipping sauce.

Soy sauce is now found in almost every supermarket in the world. But after having first journeyed to Japan, it spread quickly to Korea, Vietnam, and Thailand. Now, it is used in all localized versions of Asian cuisine.

These two ingredients definitely helped put Asian cuisine on the world food map. Now, soy sauce is the third most popular condiment in the United States after Mayonnaise and Ketchup.